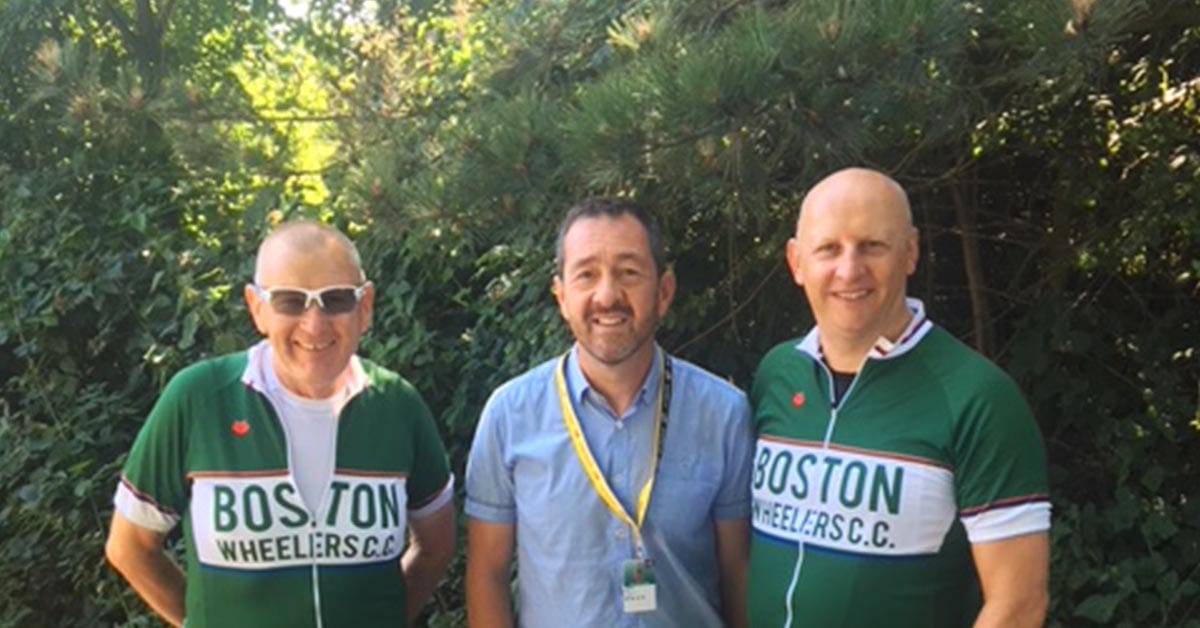 01 Aug Getting to Know Us – Kenny Doig

As you know we like to create strong relationships with our customers, almost like an extended family. So, here is a chance to get to know Kenny a bit better…

Kenny is married to Jude who you will see in reception and is Dad to hygienist Beth – so we really are a family business!

We are sure that most of you who see Kenny regularly will already know that he is passionate about cycling. Last year he clocked up an amazing 10,000 miles on his road bike (more than many people drive in a year!) He cycles twice a week with the Boston Wheelers Cycling Club and occasionally manages a ride with the “No Visible Hills” cycling group in Long Sutton.

Recently, Kenny went to Belgium with his friend Alan as part of Alan’s 60th birthday celebrations. Cycling to Hull to catch the overnight ferry they then cycled down through Belgium ending up close to the border with France. Kenny and Alan managed to watch a cobbled section of the Tour De France – seeing how the professional cyclists do it. 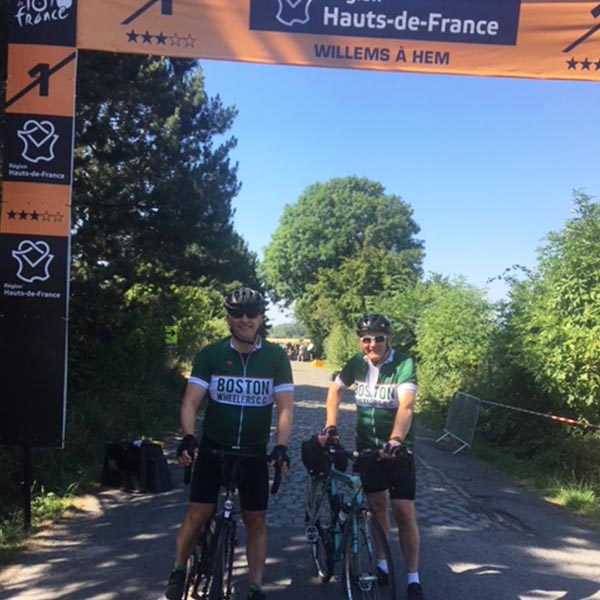 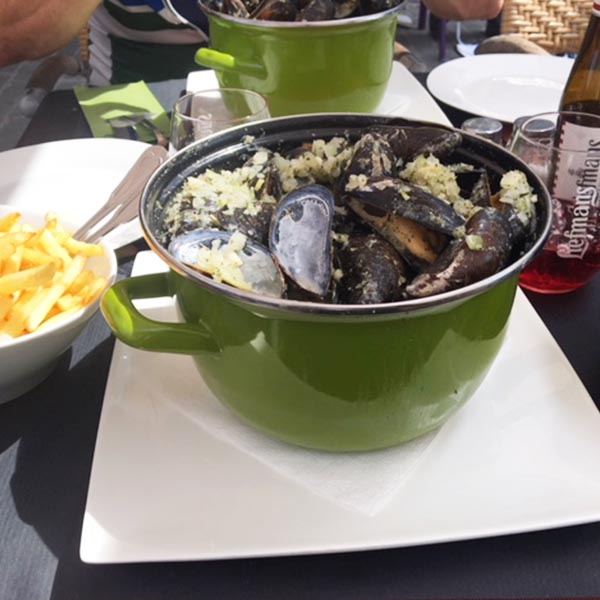 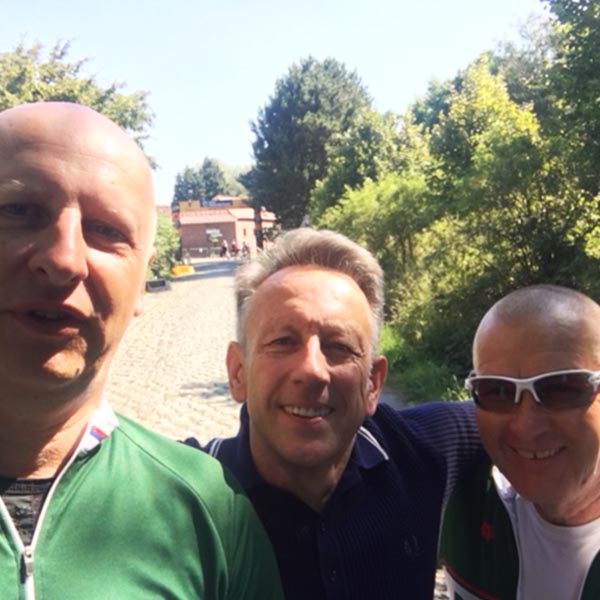 Unfortunately, even though Kenny is an intelligent man he occasionally lacks in common sense – for a prime example when Kenny and Alan got back to the ferry terminal in Belgium they found out Kenny had booked the wrong crossing! This meant staying an extra night, but we wonder whether it was an accident or if he really just wanted an extra night sampling those Belgian beers?!!

Although Kenny no longer plays, he is a keen rugby fan and is looking forward to watching some live rugby in the Autumn and Winter months where cycling isn’t so much fun.

Sorry, the comment form is closed at this time.